Italy’s Lorenzo Bernardi - Volleyball Player of the Century (twice World Champion in 1990 and 1994) drew China during the official draw of FIVB Volleyball Men’s World Championship Poland 2014 at Congress Hall in Palace of Culture and Science in Warsaw on January 27, 2014. 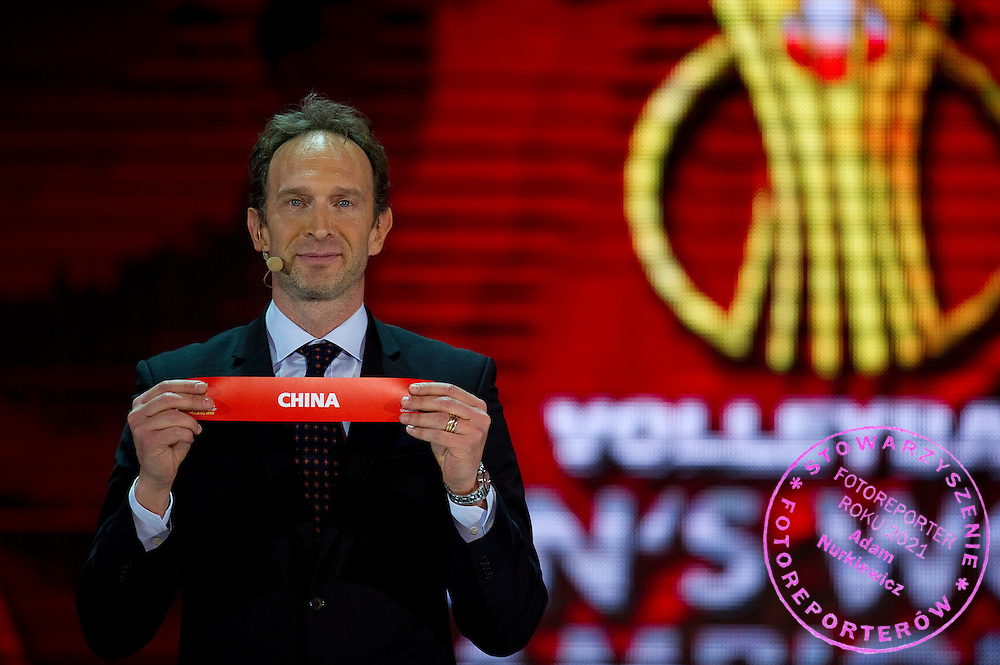