Rio de Janeiro, Brazil - 2016 September 07: Amy Purdy contracted meningitis at the age of 19, and had to amputate her legs from the knees down. With the dedication of a snowboard super athlete, Amy
learned to swing especially for this Ceremony, rehearsing with choreographer Cassi Abranches
in Colorado and in Rio. Amy was a "Dancing with the Stars" finalist. She is dancing during Opening Ceremony in Maracana Stadium while 2016 Summer Paralympic Games on September 07, 2016 in Rio de Janeiro, Brazil.
Rio 2016 Paralympic Games will be held from September 7 until 18. 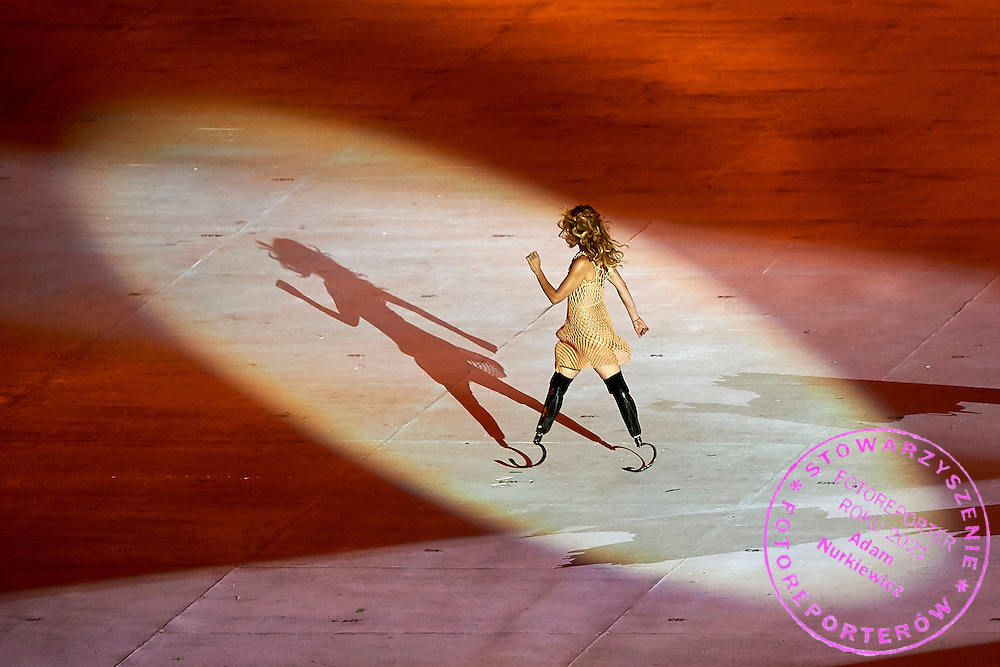