Rio de Janeiro, Brazil - 2016 September 07: Marcia Malsar was a member of the Brazilian delegation that helped boost Paralympic sports with their
great performance at the New York / Stoke Mandeville 1984 Games. Marcia Malsar felt but will get up and she will carry olympic flame during Opening Ceremony in Maracana Stadium while 2016 Summer Paralympic Games on September 07, 2016 in Rio de Janeiro, Brazil.
Rio 2016 Paralympic Games will be held from September 7 until 18. 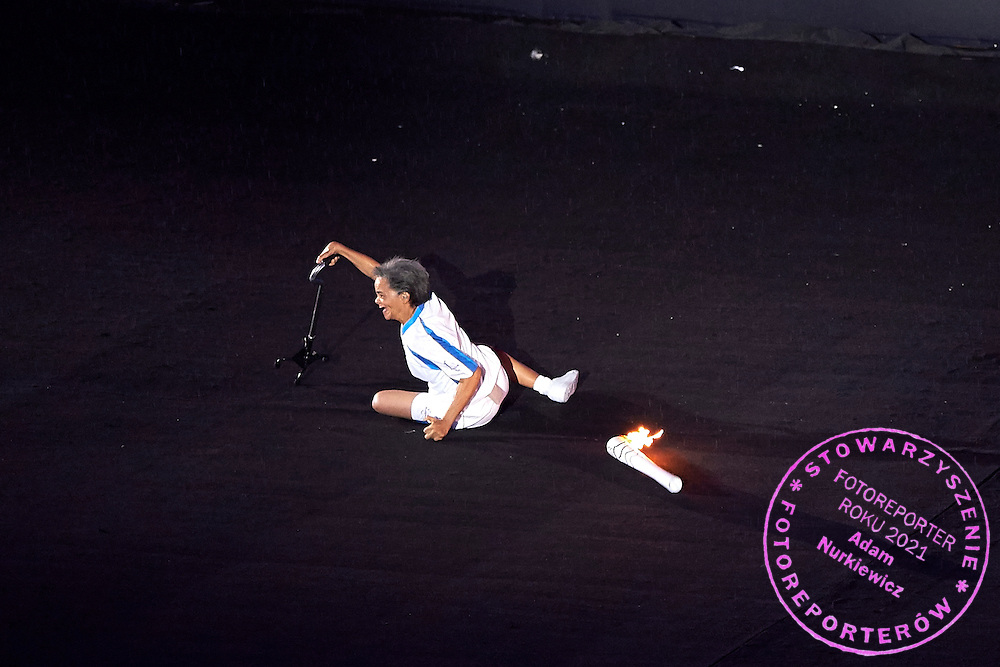