INOWROCLAW, POLAND - 2016 APRIL 16: Magdalena Frech of Poland competes at second women's singles during the Fed Cup / World Group Play Off round tennis match between Poland and Chinese Taipei at OSiR Hall on April 16, 2016 in Inowroclaw, Poland.

Any editorial, commercial or promotional use requires written permission. 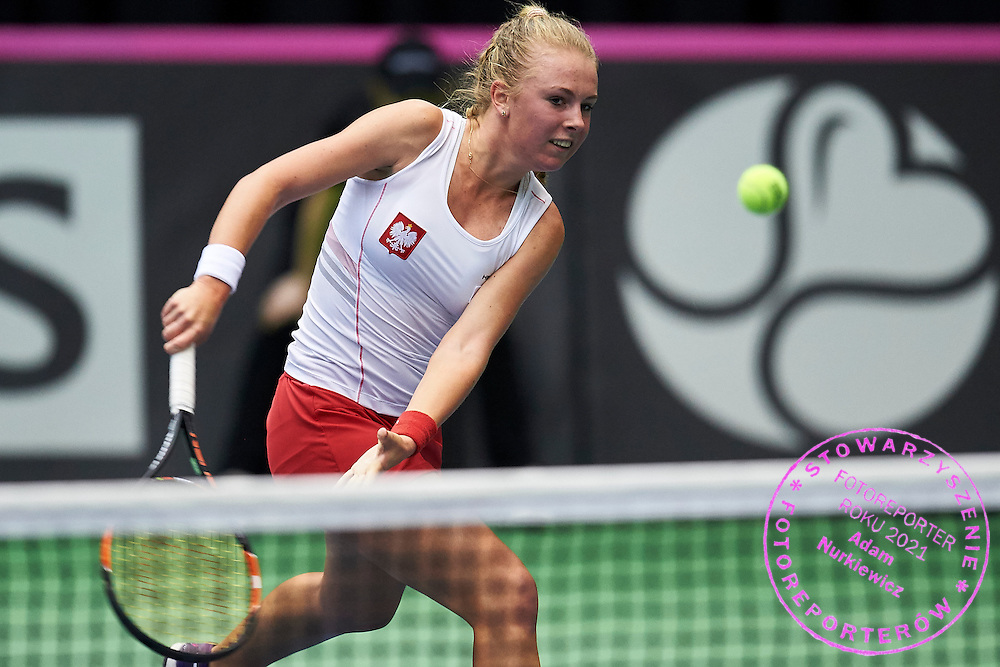