(L) England's Daniel Sturrige fights for the ball with (R) Poland's Waldemar Sobota during the 2014 World Cup Qualifying Group H football match between England and Poland at Wembley Stadium in London on October 15, 2013. 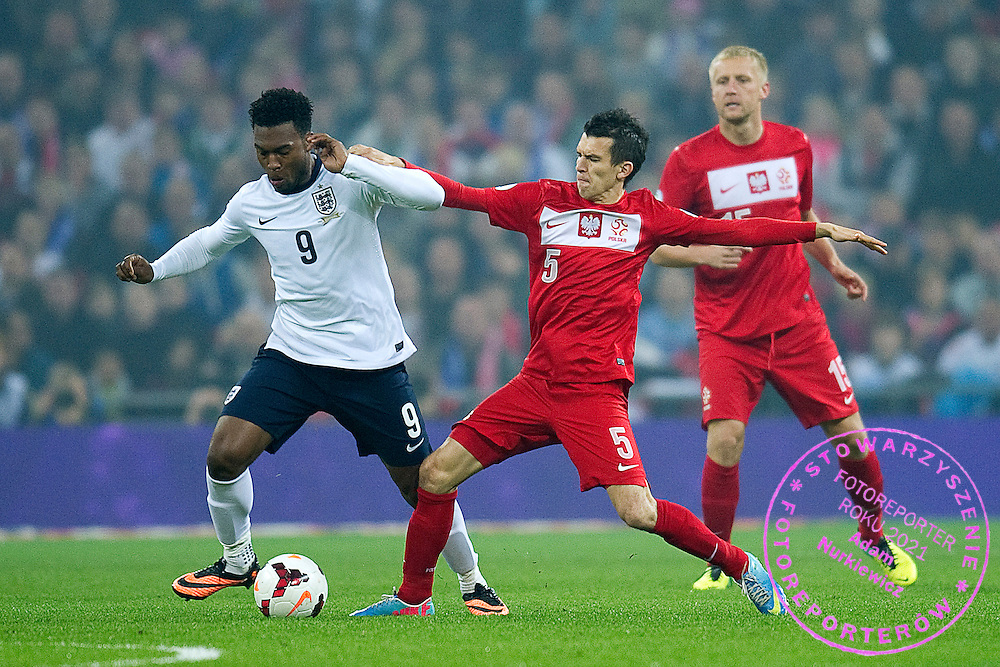