Katowice, Poland - 2017 September 03: (R) SO Ambassador Vladimir "Vanja" Grbic a former Serbian volleyball player (he won a gold medal in the 2000 Summer Olympics and a bronze medal in 1996 at Atlanta) with SO Finland while Awarding Ceremony during European Unified Volleyball Tournament 2017 at Spodek Hall on September 03, 2017 in Katowice, Poland. 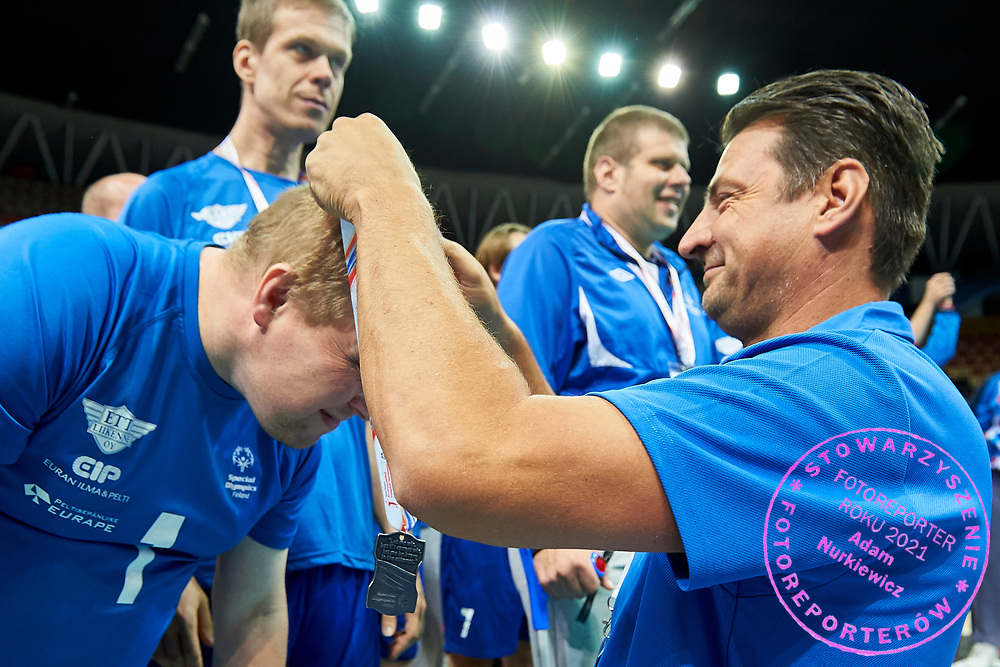