Paris, France - 2017 May 31: (L) Ana Konjuh from Croatia and (R) Magda Linette from Poland rest while their women's double match first round during tennis Grand Slam tournament The French Open 2017 (also called Roland Garros) at Stade Roland Garros on May 31, 2017 in Paris, France. 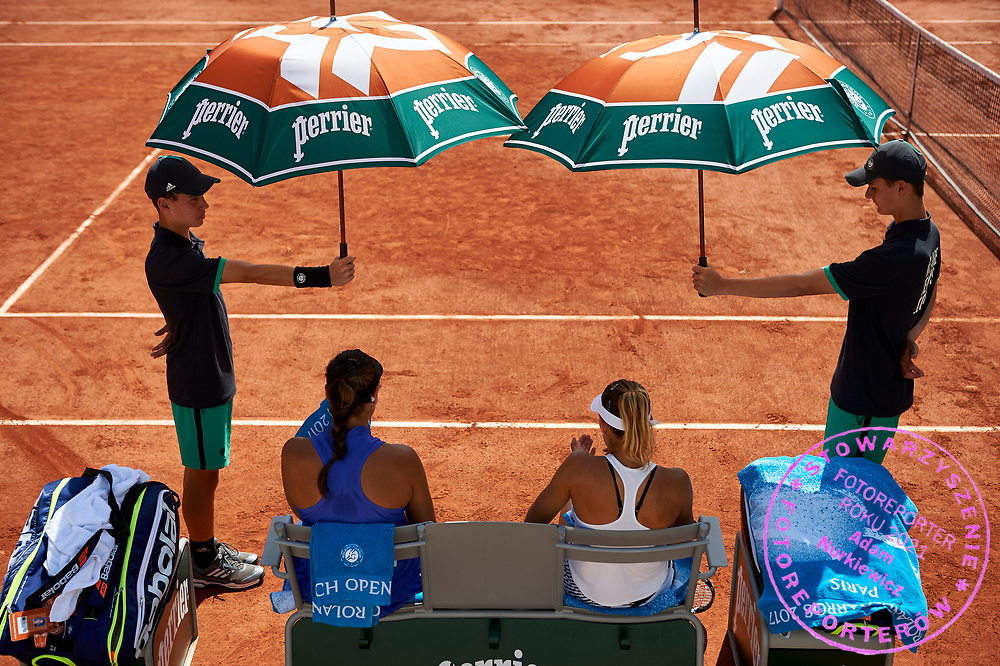